How to Win at Paintball - Tips and Tricks for Advanced Players 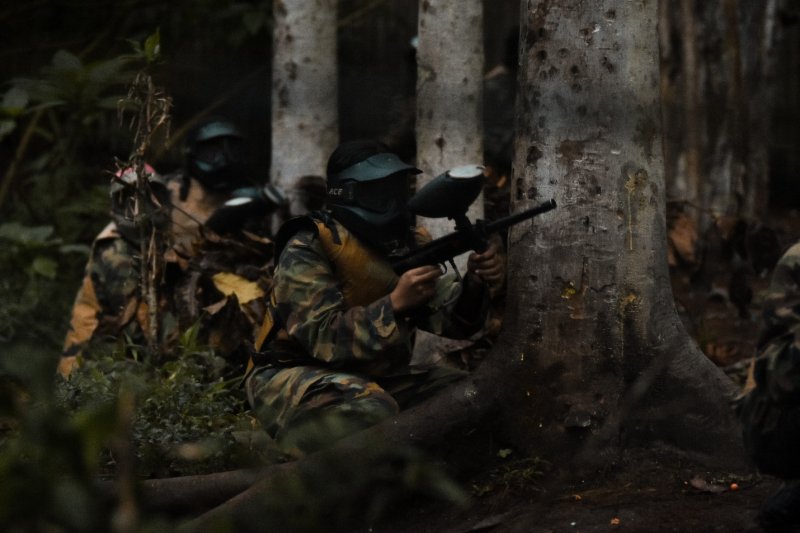 Paintball is a simulation of battlefield games. Most strategies and tactics are modified from military procedures to outplay opponents. In fact, players who are also serving in the army cite that the game enhances the reality of an actual battlefield.

The approach is ideal for advanced ballers as it allows them to advance or retreat while covering one another. One player fires at the other team while his teammate runs for cover. The action is repeated until the last teammate is safely covered or all the players have made enough advancement against the enemy.

For this strategy to work, it needs a lot of cooperation from all the team members. If one player is not playing his part, he puts the entire team in jeopardy. Additionally, it is more efficient when all players on the team have practiced the strategy first.

When leapfrogging, players rarely shoot straight in front of them; they are crossed up with the player on the other side of the battlefield. In fact, your opponents barely run up to your teammates. Your team should come up with a gesture that signals when to move and when to stop. Leapfrogging was modeled after a military technique called buddy live-fire.

The method involves some players walking to the middle of the battlefield while the others sneak up on the enemy from behind. It makes a great balling technique that is also borrowed from the military. Flanking has been known to help players win lots of games. However, the team may lose several players in the process but survive and win the game.

Flanking allows team members to get behind the enemy without their knowledge. What's more, if your team is pinned down, the strategy allows you to split up and advance from both sides of the opponent. Your team gets to weaken the front position of the enemy by targeting the adversary from many angles.

Also referred to as pin down, it allows players to shoot fast and steadily at the opponent's position. Several players fire their guns rapidly at the enemy while the other team members rush to the field. The strategy is used to make large advancements in the battlefield and encourages your enemies to hide behind cover completely.

Runners use physical cover while advancing to the field, which brings them closer to make accurate shots and eliminate the enemy. However, this strategy is quite dangerous, so make sure to wear protective clothing before you get involved.

Players should fire up to four rounds while aiming at the desired target. If you don't hit any player, you should establish the direction of the shots. The shots should be relatively dependable in their accuracy as you advance to your opponent.

The strategy works effectively when your team is equipped with the best gear, ammunitions, and high-quality paintball guns. For instance, the Empire Axe Marker is ideal for advanced players, because it fires easy and accurately and it’s very light and comfortable.

It is a pretty sneaky tactic that is ideal for advanced players. Here your team fakes a retreat, which allows your opponent to rush into the open to take advantage of the withdrawal. Once the opponent comes out into the battlefield, he gets a surprise attack. The technique works perfectly when your team is on the verge of losing the game.

It's easy to get absorbed by the one on one fight with opponents (also known as a 50/50). However, advanced players take advantage of special angle tactics. Regardless of how good you are, you have a 50% chance of being taken out.

b) The Squad's Ambush

Moving into the field as a single group takes away the other player's shooting angles. Instead, ensure the players should spread out left, right, and downwards to form a wedge. This way, if the point man engages the opponent, the squad emerges to get killer angles on the enemy.

Some snipers get excited and try to fight the opponent before he reaches the trap range. The other players can garner on the advantage by moving from one piece of cover to examine the safety of the other cover before proceeding. By working from one cover to another, you spook the ambush and establish a safe escape route, so the squad flanks the sniper's position.

Even for advanced players, practicing these strategies and tactics is the only way to hone their skills. Keep in mind you are only as good as your team member, hence the need for players to equip themselves with these skills collectively.

comments powered by Disqus
Recent Articles
Interested in Guest Posting?
You can write for us on sports.
View All Posts | RSS Feed